A piece of America 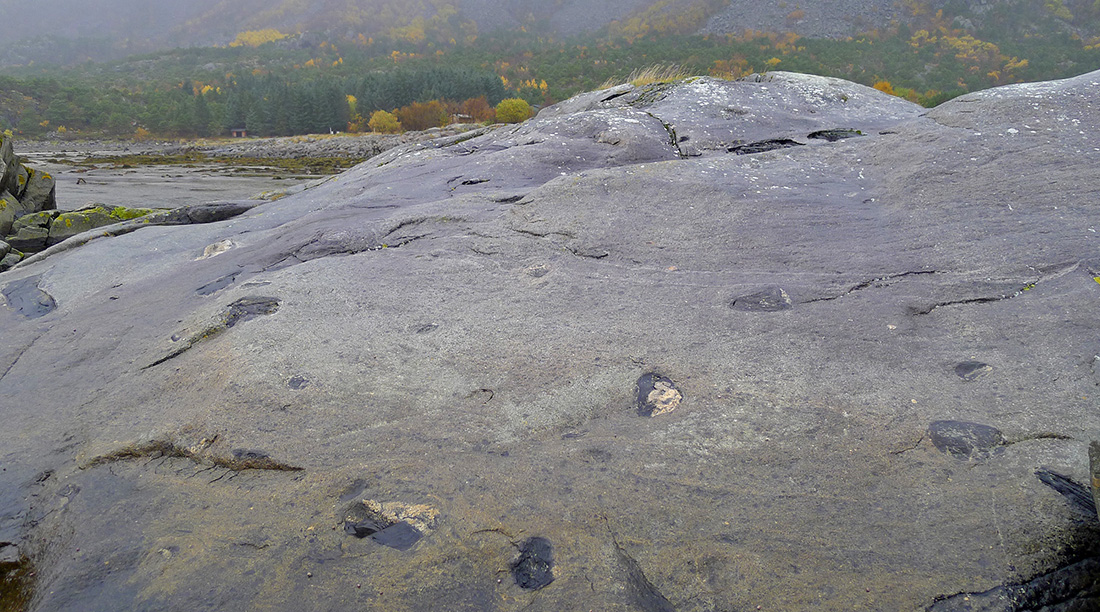 The Vega islands are designated a World Heritage Area, famous for the strandflat archipelago where people tended semi-domesticated eiders to collect down from their nests.

Granitic intrusions forming the southern part of the main island Vega is dated to about 475 million years. The intrusive complex is a fairly homogeneous body several hundreds of km2 in extent, and consists mainly of granitic and granodioritic rocks. It is zoned, and from east to west, the rocks varies from biotite granite, through garnet bearing granite to rare types of granodiorite containing sillimanite and cordierite. Due to tilting of the intrusive complex after its formation, subsequent erosion has actually revealed a 7-17 kilometre thick crustal section. The mineral composition of the granite shows that it crystallised from a melt that was formed by partial melting of rocks similar to the sedimentary rocks occurring to the north of the granite (Horta Nappe). Varieties of migmatite (partially melted rock) can be found on the nortwestern part of the island, and it is possible to view the whole process from melting of sedimentary rocks to the formation of a huge batholith. Some of the rocks that resisted melting are present as dark clots and irregular inclusions unevenly distributed in the granite, trapped by the migrating melt.

This type of granite is fairly rare in mountain belts, the Vega granite being a world-class example and by far the largest occurrence of its kind in the Caledonian mountain belt in Norway.