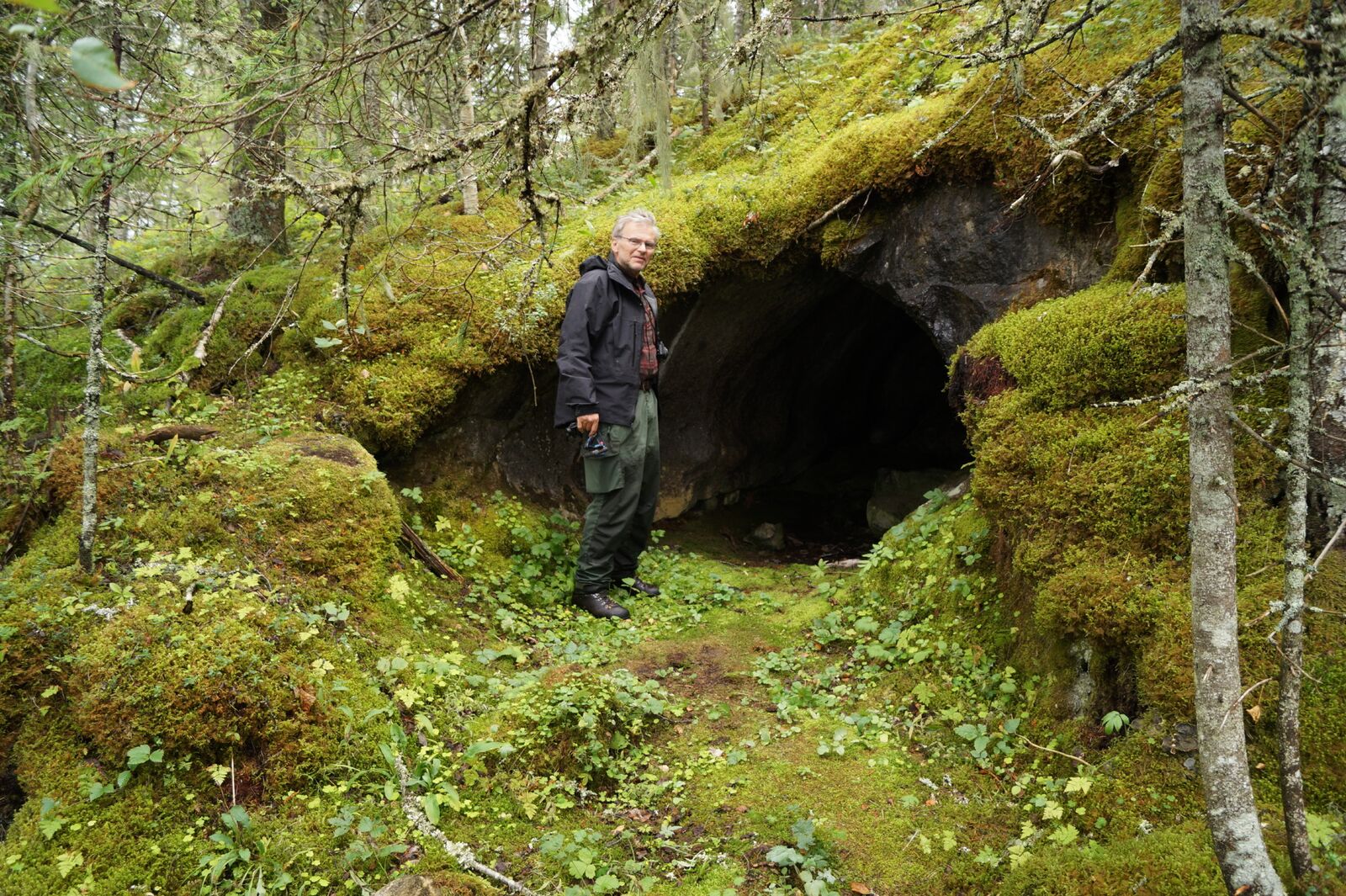 This is a small karst cave situated a few meters above sea level. It is a phreatic (sub-watertable) tube, with antigravitative modification in the form of multiple half-tube roof incisions and wall ledges. The cave was effluent when active and functioned as a glacimarine spring beneath the ice-sheet. Together with two larger caves (Akselberg I & II), the three caves formed a linear endokarst drainage route beneath the late-glacial ice-sheet, towards the fjord. The two other caves are now consumed by the nearby marble quarry. Oterhola was modified through multiple sediment fills and corresponding roof retreats, leaving the antigravitative features similar to Aunhola.

Oterhola bears ample evidence of being a past habitat for pro-glacial, marine organisms when active, as seen by traces of boring organisms (molluscs, sponges) and numerous mollusc shells, fish bones etc. in the floor sediments. This can be traced quite far into the cave. The biogenic invasion is a characteristic of most low altitude caves in the Velfjord area, where Oterhola is an easily accessible and illustrating example.

Marine karren and iron precipitates is well displayed at the marble shoreline in front of the cave.

This site lay close to the road and is reached by a short walk. To make this site open for tourists, measures to protect future damage as well as an agreement with the landowner to prepare a trail has to be made.