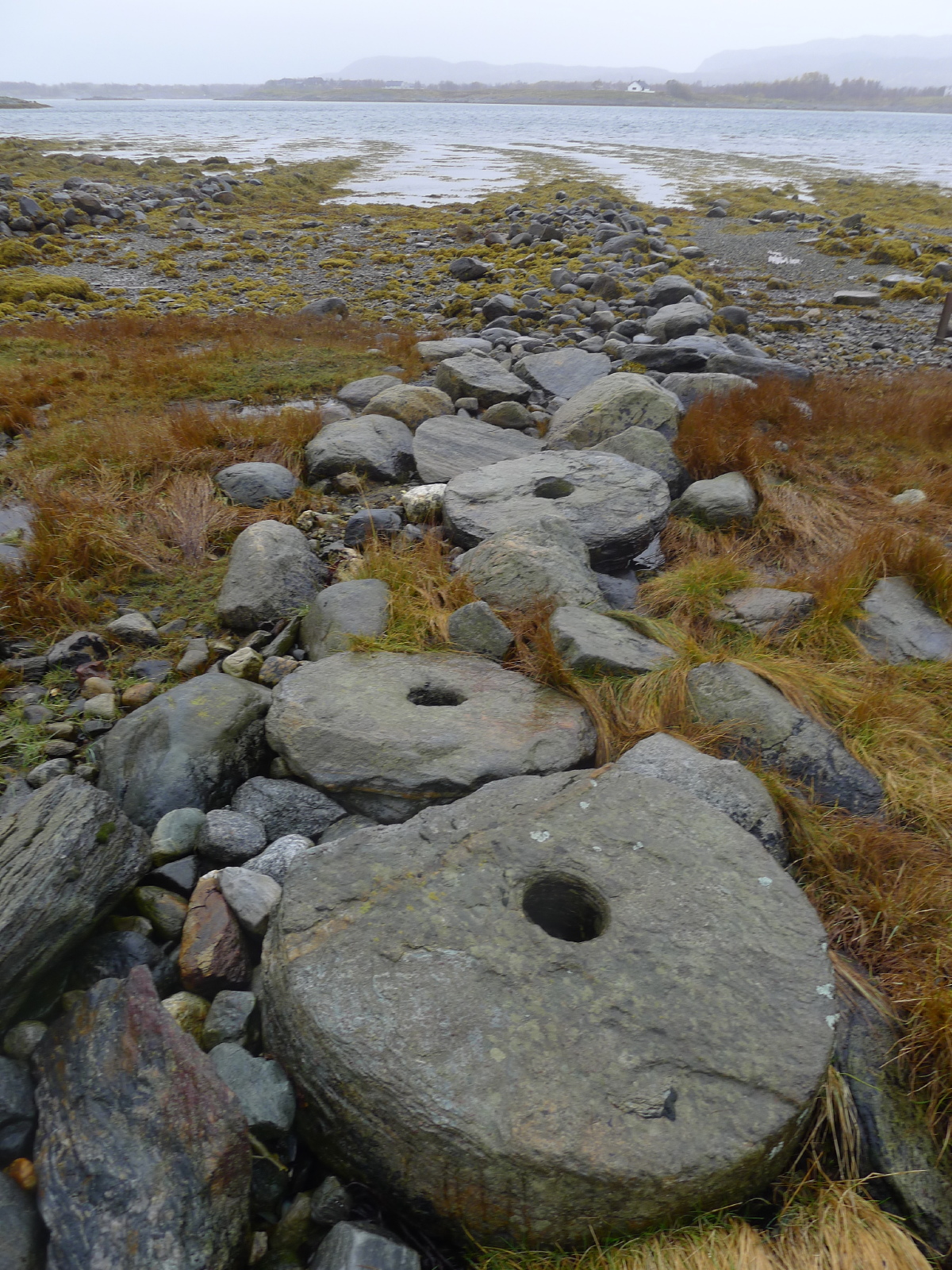 Millstone quarry with garnet mica-schist. The millstone production utilised the loose boulders at the mountainside in an area of 200 meters. There are several larger production places here, seen as depressions in the ground up to 20 meters in diameter. Piles of quarry debris are found around the depressions, as well as unfinished millstones that have been left behind. From the main production area traces of an old road can be followed down to the sea, were the millstones were loaded onto boats and shipped. Millstones that for some reasons were left behind can be seen at the beach.

Brønnøy was an important area for millstone production from at least the 17th to the Early 18th century, and the millstones were traded as far south as the city of Bergen. There are several millstone quarries in the municipality, and Skomo-Kverntind is the largest. In all the quarries, the millstones were made of garnet mica-schist occurring as loose boulders in scree deposits along the mountainsides.

This site has until today only been used for science. We believe there is a large tourist potential at this site, by clearing the old road up by the mountainside. Since this is the largest and most easy accessible millstone quarry in Brønnøy area, this should become an important site for education, to tell about the historical importance of millstone production.