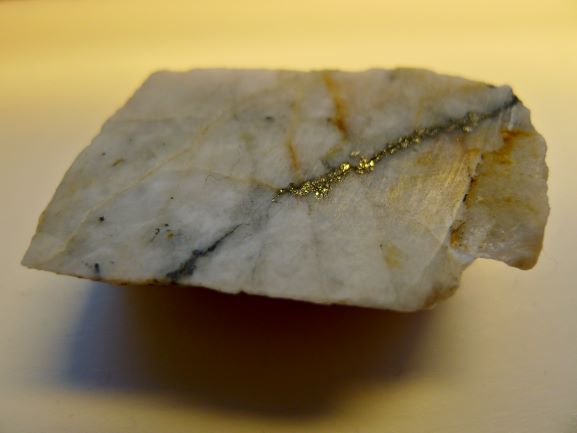 Mineral exploration and exploratory gold mining have a long history at Buadalen, about 5 km from Kolsvikbogen at Tosenfjorden. The gold mineralization was first discovered in 1910 by a local farmer (Konrad Kolsvik). In the following years, sporadic investigations took place. In the 1930s the mineralized area was mapped in detail, drilling and geophysical investigations were carried out, and several adits up to 40 m in length were driven through prospective rock units. In the early 1940s an assessment of alluvial gold along the river downstream was undertaken.

Extensive new mapping, more than 3,4 km of diamond drilling, and tunnelling through the ore zones took place in the 1980's (AS Sulfidmalm 1980-82 and Terra Mining AS 1985-86), but ended due to low ore grade and volume. During this period a new road was constructed extending ca 5 km southwards from the fjord. Due to the currently high gold prices, the company Bindal Gruver AS are now actively prospecting the site again.

The main ore is native gold associated with arsenopyrite, with some galena and pyrite, occurring in quartz veins that cut granite as well as schist, marble and amphibolite. The gold is generally fine grained, but locally visible grains are present. Highly variable contents of gold are common, and locally very high grades were recorded with consentrations ranging up to several tens of gram/ ton). A number of similar gold occurrences are known in the nearby region, e.g. at Reppen ca 6 km west of Buadalen, and at Oksfjellet and Finnlifjellet east and northeast of Buadalen.

This site is only reachable by boat from Tosenfjorden. From there, it is a hike for about 5 km to reach the site.