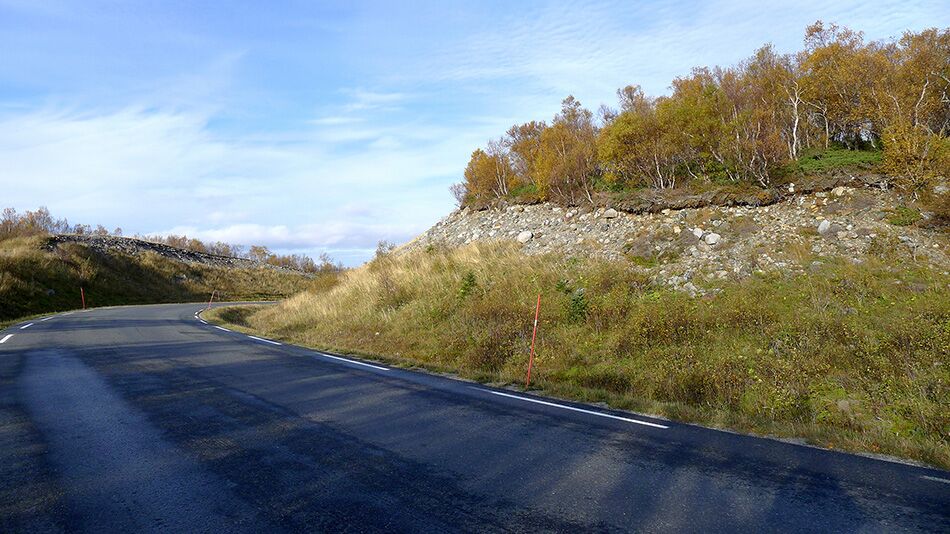 The road 17 goes over, and partially through, a large moraine ridge at Lysfjordmana. This is a terminal moraine from an ice-sheet readvance N-S during Younger Dryas, approximately 12.500 years ago. The Younger Dryas was a short climatic deterioration that interrupted the general temperature rise that ended the last glacial period - in other words, a final "spasm" of the Ice Age. The terminal moraine is bended and embanks the lake Lysfjordvatnet. At the mountain side 300-500 m.a.s.l. are several lateral moraines of which one can be followed for almost 5 km.

The Lysfjordmana terminal moraine is correlated to several lateral moraines east of Heilhornet. These are continuous push moraines stretching for several kilometres, indicating an ice-sheet readvance from a more easterly position. The moraine system coincides with the Tautra and Tjøtta events of the Trondheimsfjord and southern Helgeland regions, respectively.

This site has only been used by Quaternary geologists, but there is a potential to use this site for education, since the moraine is so large and the landform so visible and easy to access.